Children 2 years old and under: Free

(Prices are Per Person)

Please show your appreciation to our Captains. 20% tips are customary and very much appreciated!

Click above and also visit: The Good Life Destin 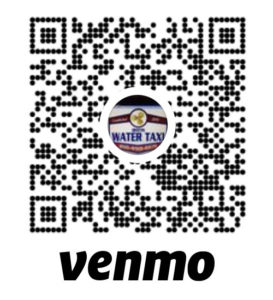 The Destin Harbor was originally called the Old Pass Lagoon and the entrance to the Gulf of Mexico was at the East end of the harbor where Sandpiper Cove sits today. In 1926 a huge storm caused tremendous flooding from the rivers and tributaries running into Choctawhatchee Bay. The water level in the bay had risen to the point where it was threatening the settlers docks and homes. Dewey Destin Sr. and some friends were discussing the situation and studying the currents in the bay and believed a trench could be dug to let some of the water drain into the Gulf. Armed with shovels and boat oars they dug a small trench, the pressure driven water literally exploded through the breach leveling a forest in the process. As the water continued to drain and the tides started to change the original path to the Gulf was closed by shifting sands and Destin’s East Pass was created. The rock jetties were installed in 1969 to help stabilize the pass.

This event also created a very rare geographic setting where the Bay, the entrance to the Gulf (The East Pass) and the harbor all come together at the mouth of the Destin Harbor. The Intercostal Waterway runs through the middle of the bay which can lead you to Apalachicola, Fl. to the east and Texas to the west.

Destin was coined The Luckiest Fishing Village in the World by Governor Collins in 1956 when Capt. Salty Brunson took him on a 20 min. fishing trip and returned to the rodeo dock with a 29 lb. King Mackerel. The proximity to the Gulf of Mexico, the Gulf Stream and the Desoto Canyon being closest to our port than any other gives fisherman the opportunity to catch numerous species of fish large and small. The Desoto Canyon reaches depths of 2700 ft. That creates a large pelagic region of water that’s home to many different species. The Destin Harbor is a working harbor and is home to the largest commercial and charter fishing fleet in Florida.

Crab Island was a true island in the late 50’s and early 60’s. The changes in the East Pass began to deteriorate the island as tides and currents moved in and out. In 1965 a hurricane lowered the remaining dunes and vegetation.

The unique sand on Destin’s beaches is among the whitest, softest and cleanest sand in the world. When you are walking on the beaches here you are actually walking on the Appalachian Mountains. Each grain of Destin’s white sand came from very ancient southern Appalachian Mountain quartz, brought into the Gulf of Mexico by the Appalachian River long ago via wind and water erosion. The age of the sand and distance from the source, resulting in its having been ground into fine particles to a feather soft, blindingly white quartz powder. One of its best qualities is that it is so reflective that it never gets hot.

All information was sourced from the Destin History & Fishing Museum. We encourage you to stop by the Museum, located at 108 Stahlman Ave. Destin, for more information about Destin’s history and early settlers.